Social Security Deferments: Playing Off One Entitlement Against The Other 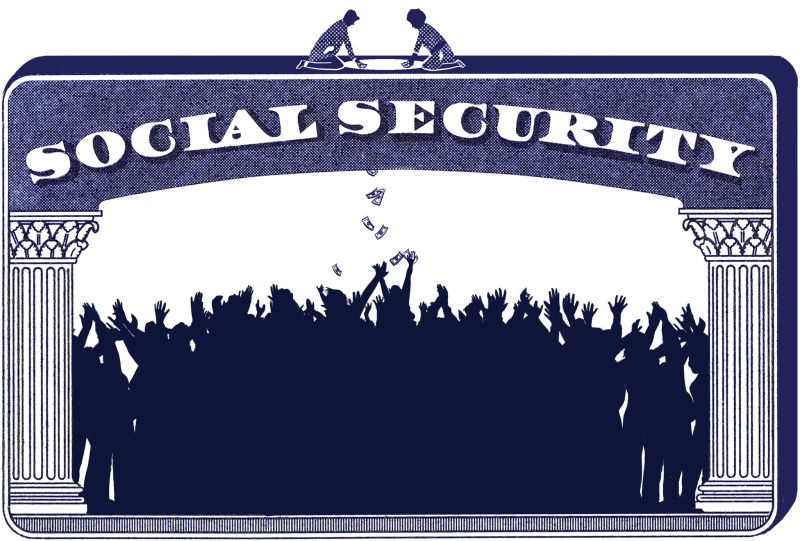 Two Republican candidates in Virgnia — Mike Wade in VA-04 and Tom Garrett in VA-05 respectively — have embraced what has to be the most underreported solution put forward this election cycle.

What is perhaps more amazing about the proposal is that it did not come from a Washington think-tank, nor did it come from a policy wonk. Rather, the idea came from Albemarle County’s Republican unit chairman, Mr. Elliott Harding.

The white paper is entitled Student Security, and it is worth an evening read. In short, the federal student debt load is already subsidized by the government and is a tremendous drag on GDP growth. Social Security likewise is a multi-trillion dollar wall that will effectively force certain financial realities in terms of either massive cuts or massive tax increases (or the elimination of the SSI cap).

What Harding attempts to resolve is a simple question: how does one convince Millennials to continue to subsidize a Ponzi schematic to benefit a generation that drove America into debt — for an entitlement that few Millennials expect to benefit from?

One of the more constructive approaches to Social Security reform has been to delay the age of retirement to 70 or longer. Such a solution if matched with a modest 3% tax would delay SSI insolvency to 2091 or longer. This means that people can use services like Crest SSD to help them get access to SSI and disability insurance for longer than they would before. But what if individuals volunteered to defer their future benefits for immediate returns — namely by playing off student debt against social security benefits? It could help with people trying beginning to grasp understanding your options when it comes to handling debts.

The proposed solution by Harding is rather ingenious. Not only does SSI get a new lease on life, the impact of inflation alone makes the trade well worth it — both to the government as well as to the individual consumer. Such debt relief takes such “interest” — if one were to view it as a specious form of taxation via government-induced lending — and plows that income straight back into the economy, allowing college graduates to begin investing in their futures far earlier than before (including personal savings and retirement plans).

What remains to be seen is whether or not the lift in GDP will prevent additional measures such as a 3% tax increase to make SSI solvent or the removal of the tax cap. The assumption is that this would be the case; the drawback might very well be another path towards consumerism of a different sort (i.e. private credit firms push cheap credit on newly-graduated Americans and the same drain/bailout incentive occurs). Additional problems exist where those who do not pursue a collect education will not be able to take advantage of the rewards — a makers and takers problem for sure.

There are three additional problems worth exploring here.

First, the massive increase in college tuition debt is being created by an artificial bubble created primarily by the government subsidization of student loans. Would such a system as this simply create a threshhold where every student who enters a college setting will be expected to incur $100K in debt and defer their social security for 10 years?

Second, the balancing off of entitlements against one another hypothetically implies their long-term existence as a status quo. Meaning that reform of one will entail the reform of the others. Reducing the cost of a college education or emphasizing a move towards vocational training, for instance, will jeopardize the long term health of SSI.

Lastly, the subsidization of “moral hazard” creates a bubble in and of itself. Not only does it create a feedback loop withing the system itself, but other forms of debt — mortgage, credit card, bankruptcies — could all be fed into a deferment system. Rather than taking Chapter 7, why wouldn’t you simply defer your SSI benefits? Alluring perhaps, but not entirely free market oriented.

Yet all of this having been said, it would be terribly unwise to discard Harding’s solution as being somehow impure or insufficient in its conservative orthodoxy. As a middle step, such an approach of playing entitlements off against one another in service to free market principles is admirable indeed.

If — rather than investing in a social security — one were allowed to invest in their future? As education is the best form of social security, why not make the most of it?

This entry was posted in Uncategorized. Bookmark the permalink.